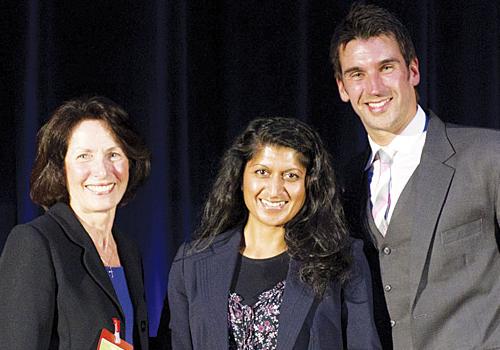 REALITY TV star Lee McQueen, who won BBC show The Apprentice in 2008, was the guest of honour at Westminster Adult Education Service’s star-studded prize-giving ceremony at Pimlico Academy on Tuesday.

Thirty-two students from across the service were presented with glass awards at the event, held to mark Adult Learners’ Week.

Neil Grimston, chairman of the board of governors at WAES, said: “We have many examples of different types of success – from academic achievements, vocational excellence and artistic vision through sheer commitment and hard work.

“With more than 11,000 students, selecting just 32 award winners has been an extremely difficult task.”